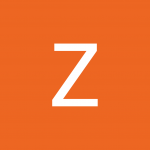 Zemanta is proud to announce it is getting acquired by Outbrain. The best native DSP is joining the best discovery, to carry online advertising into a new era without interruptive ads, and a business model that works for the publishers rather than against them. Outline of the rationale is available in the official statement and the subsequent coverage, but here it feels appropriate we address some other topics as well.

Zemanta is 10 years old this year. When we started, the social web as we know it today, was in its first years, and semantic web was all the rage. Those were the days of tweeting from the bathroom, when real news happened in the blogosphere, which was measured by Technorati and read in Feedburner.

We probably built one of the first web-based personal assistants, designed to help bloggers write better. We introduced the first related articles product, and the first native advertising unit for online publishing. At one point, we were integrated into all relevant blogging platforms, recommending hundreds of millions of articles to roughly a million bloggers.

All along we were eyeing this scary other company called Outbrain, which was in the same space, doing very similar things, but with founders who have been in the industry for far longer than us. We would argue our key differentiator was that “we were before them in the content creation funnel”. And it really wasn’t clear why that wouldn’t be a winning proposition.

The semantic dream turned out to be just that, a dream. The blogosphere dissociated, online communities were captured by Facebook and Google, and we were forced to pivot. Since we were part of the birth of content marketing and native advertising, we decided to double down on it and built the first, what would now be called, “native exchange”. Until finally in 2014 we built and launched the first content/native DSP, which is now our flagship product.

We are eternally grateful to everyone who supported us on our long journey, especially everyone who actually worked with us, all the spouses and families who endured the startup rollercoaster, and all our great investors: Seedcamp, Eden Ventures, T.A.G., Union Square Ventures, Bill Lohse, Socialstarts, John Ramey, were all great supporters in good and bad times, and endless source of motivation and wisdom. For first time founders, their support was irreplaceable and formative experience.

We always tried to play our role in the community as well. As the first VC funded startup in our part of the world we hope we inspired a generation of entrepreneurs to try and seize their dreams. We founded and supported many meetups in Slovenia, and introduced recruiting, HR and career development practices that we hope will have lasting positive impact.

We are very happy that in Outbrain we found a partner who gets all this, and works this way as well. In many ways it feels we have completed a full circle by finding common ground with our former arch-nemesis, and that together we can fulfil the vision of healthy content-based web.

The team including founders, business people and engineers will continue to develop Zemanta DSP as a standalone product. It will be improved by using Outbrain’s Interest Graph and we’ll further develop of algorithms for smart and optimized buying of native advertising. Additionally Outbrain’s worldwide presence will help in bringing it to more marketers. In short: best native DSP in the market is going to get even better!

Zemanta
Our story started in 2007 when we built one of the first web-based personal assistants in the blogosphere, the first native advertising unit for online publishing and the first, what is now called, “native exchange”. In 2014, we built and launched the first content/native DSP. The rest is history – history in the making.