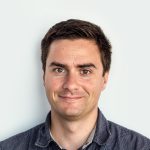 In February, the IAB released the OpenRTB Dynamic Native Ads API Specification, which outlines a standardized mechanism for the RTB (Real-Time Bidding) ecosystem to handle Native Ads. Zemanta is a proud contributor to this new standard.

Companies including Adiant, AdsNative, InMobi, MoPub, Sharethrough and Zemanta have previously offered their own custom RTB implementations for native ads, but it’s difficult to scale a market if every provider is speaking their own language.

Native ads require their own standard because they look, feel and perform differently than banner ads. Ads used to be delivered as one big chunk of code to the browser, where the publisher would simply define the banner’s real estate within the page. This meant that an ad always looked exactly the same on every site; out-of-place, and definitely not native to the site’s look and feel.

Native Ads are special in that they are atomized.  Each part of an ad is presented separately to the publisher’s ad server. For example, these elements (assets) include a title, thumbnail image, and a call to action button. Publisher’s native ad server then instantaneously formats the ad to fit within the site or app by design and function. It becomes native to the look and feel of the publisher’s site, hence the term, Native Ad.

One area of the Native Ads specification that Zemanta focused on was the support for verification technologies. Brands are naturally concerned about how and where their ads are being shown.  As a result, brand safety, fraud prevention and viewability have all become hot topics within display advertising. We are happy to say that OpenRTB Native now supports various verification technologies that address these core issues.

By combining the small closed markets, Zemanta and other leading OpenRTB contributors are building a large and open marketplace for Native Ads. In this case, the IAB is making sure that content recommendations, in-feed, in-app and other types of Native Ads are all seamlessly handled throughout the programmatic adtech stack.

With this new standard, Native Advertising has come of age. We’ve now reached a turning point where native, programmatic advertising can truly begin to scale!